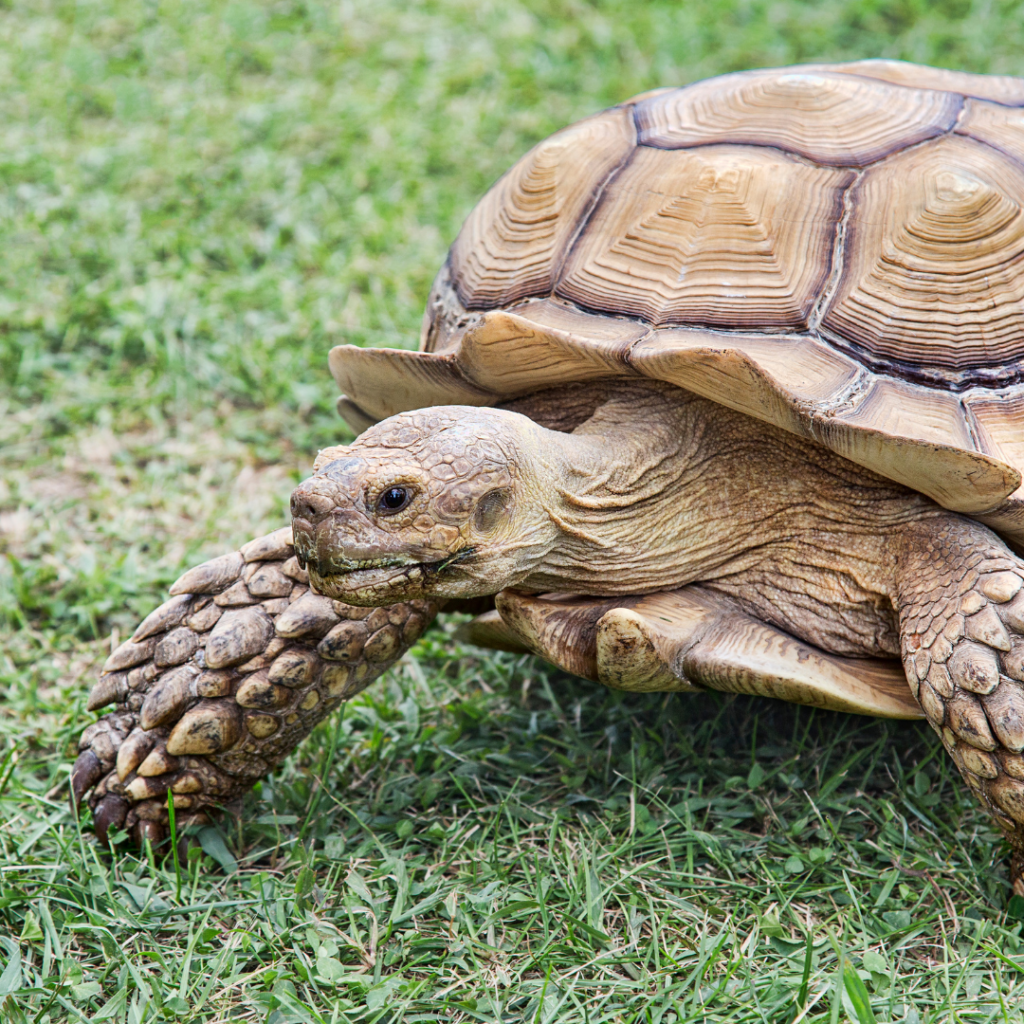 The carapace of the Aldabra Giant Tortoise is a brown or tan colour with a high, domed shape. It has stocky, heavily scaled legs to support its heavy body. The neck of the Aldabra giant tortoise is very long, even for its great size, which helps the animal to exploit tree branches up to a meter from the ground as a food source.

Aldabra tortoises are found both individually and in herds, which tend to gather mostly on open grasslands. They are most active in the mornings when they spend time browsing for food. They dig burrows or rest in swamps to keep cool during the heat of the day.