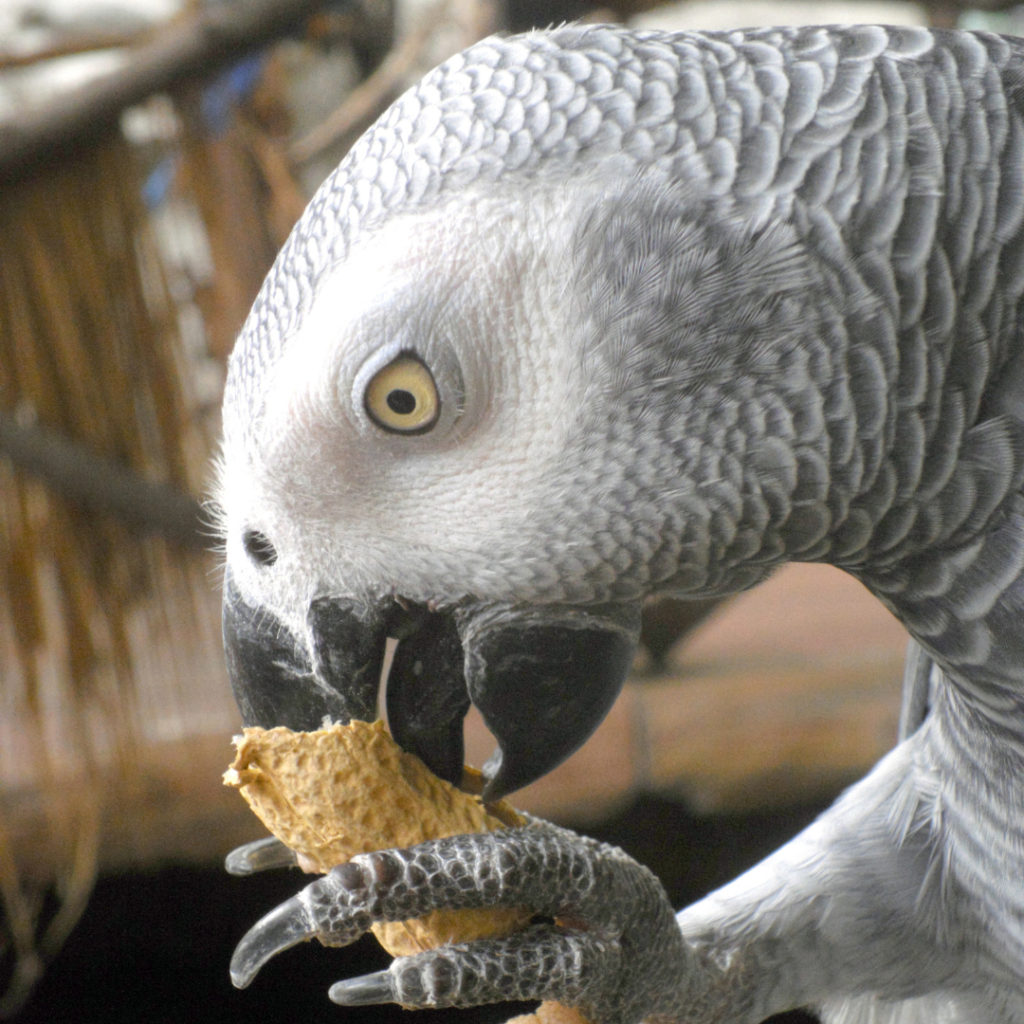 The African grey parrot is one of the most talented talking/ mimicking birds on the planet, giving it quite a reputation among bird enthusiasts. Not only do bird keepers love this intelligent bird, but it’s also one of the most recognizable species to bird novices as well — everyone knows the African grey parrot. This parrot is one of the oldest psittacine species kept by humans, with records of the bird dating back to biblical times.

African greys seem especially affected by stress and commotion in their environment and can be put more at ease by placing one corner of the cage against a wall as opposed to in the middle of a room.