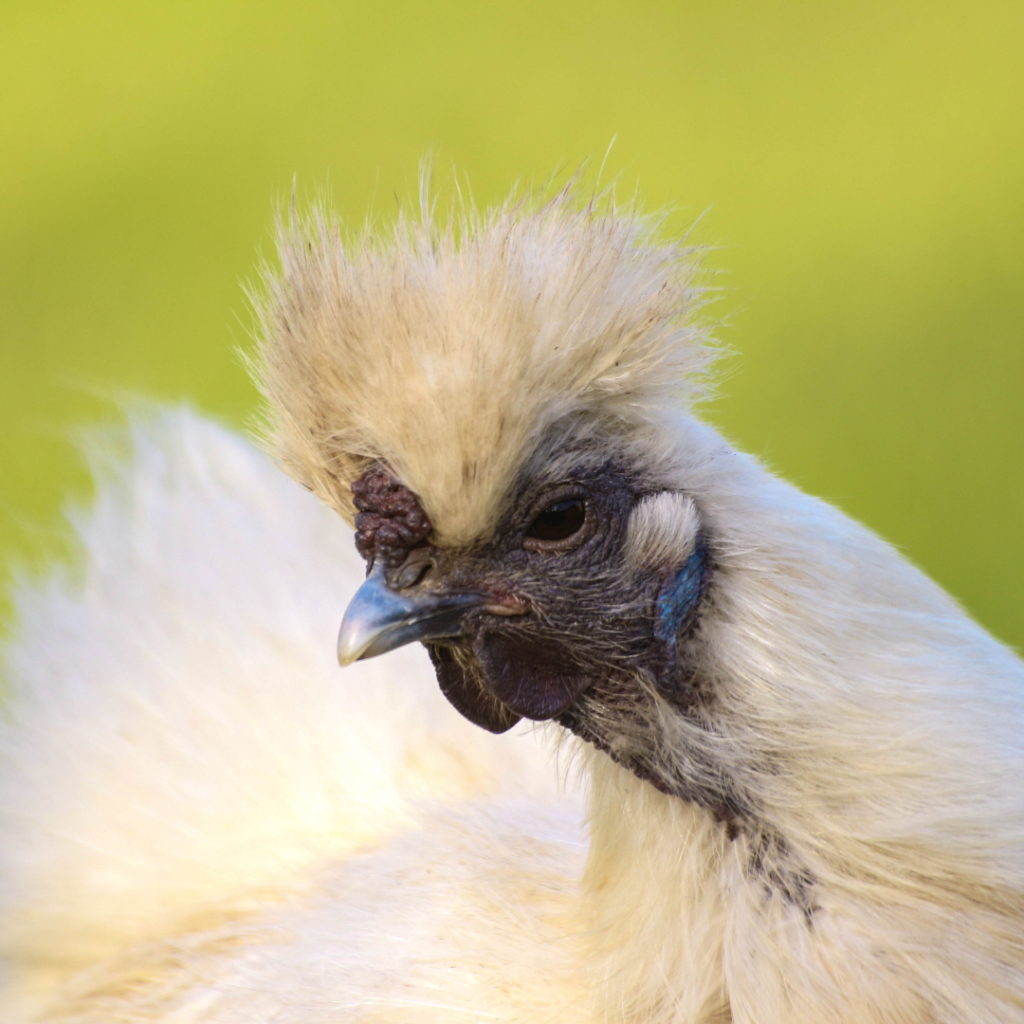 The Polish or Poland is a European breed of crested chickens known for its remarkable crest of feathers. The oldest accounts of these birds come from The Netherlands; their exact origins are unknown, however. In addition to combs, they are adorned with large crests that nearly cover the entirety of the head. This crest limits their vision, and as a result, can affect their temperament. Thus, though normally tame, they may be timid and easily frightened.

Polish chickens are bred primarily as a show bird but were originally productive egg layers. Accordingly, Polish rarely go broody and are noted for their white eggs. There are bearded, non-bearded and frizzle varieties.