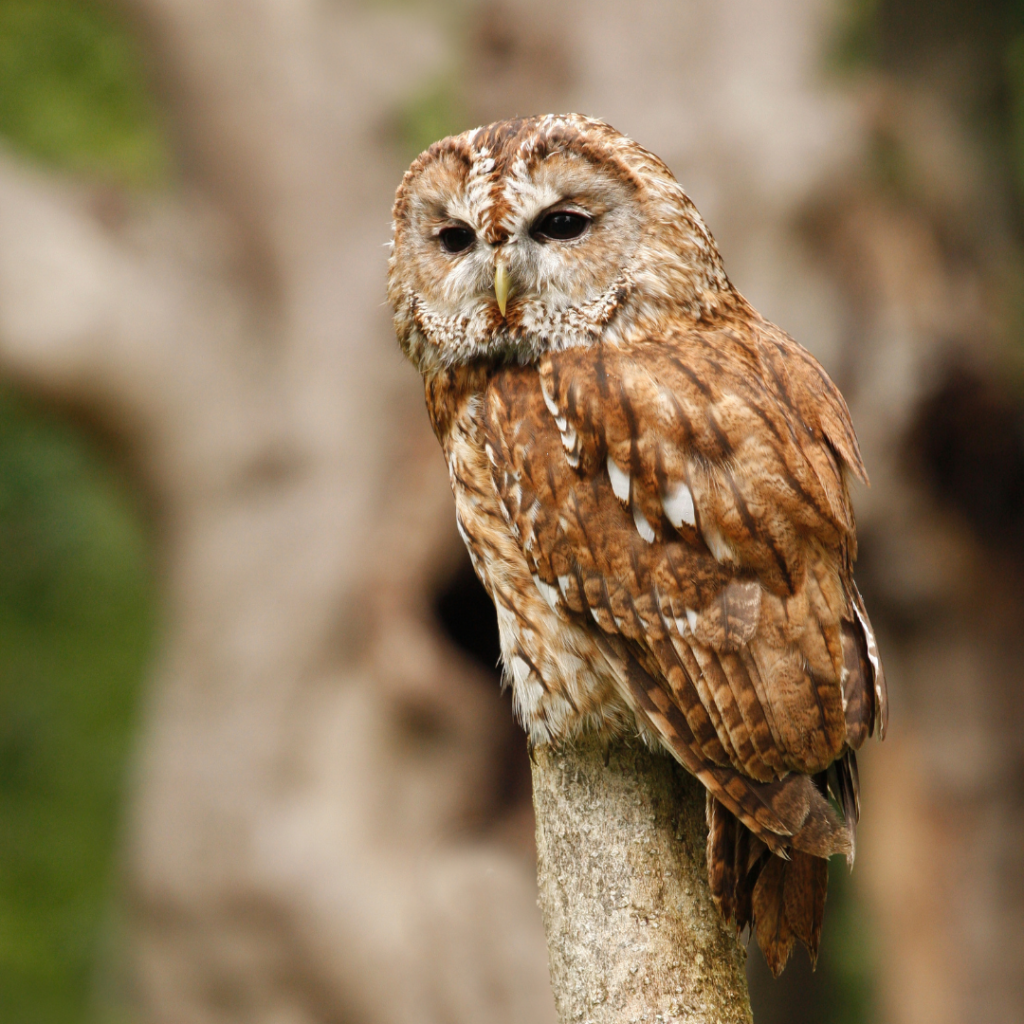 The Eastern Screech-Owl is a short, stocky bird, with a large head and almost no neck. Its wings are rounded; its tail is short and square. Pointed ear tufts are often raised, lending its head a distinctive silhouette. Eastern Screech-Owls can be either mostly grey or mostly reddish-brown (rufous). Whatever the overall colour, they are patterned with complex bands and spots that give the bird excellent camouflage against tree bark. Eyes are yellow.

Eastern Screech-Owls are active at night and are far more often heard than seen—most bird watchers know this species only from its trilling or whinnying song. However, this cavity-roosting owl can be attracted to nest boxes or, if you’re sharp-eyed, spotted in daylight at the entrance to its home in a tree cavity. Trees define the Eastern Screech-Owl’s habitat. This owl is fairly common in most types of woods (evergreen or deciduous; urban or rural), particularly near water. It shuns treeless expanses of mountains or plains.