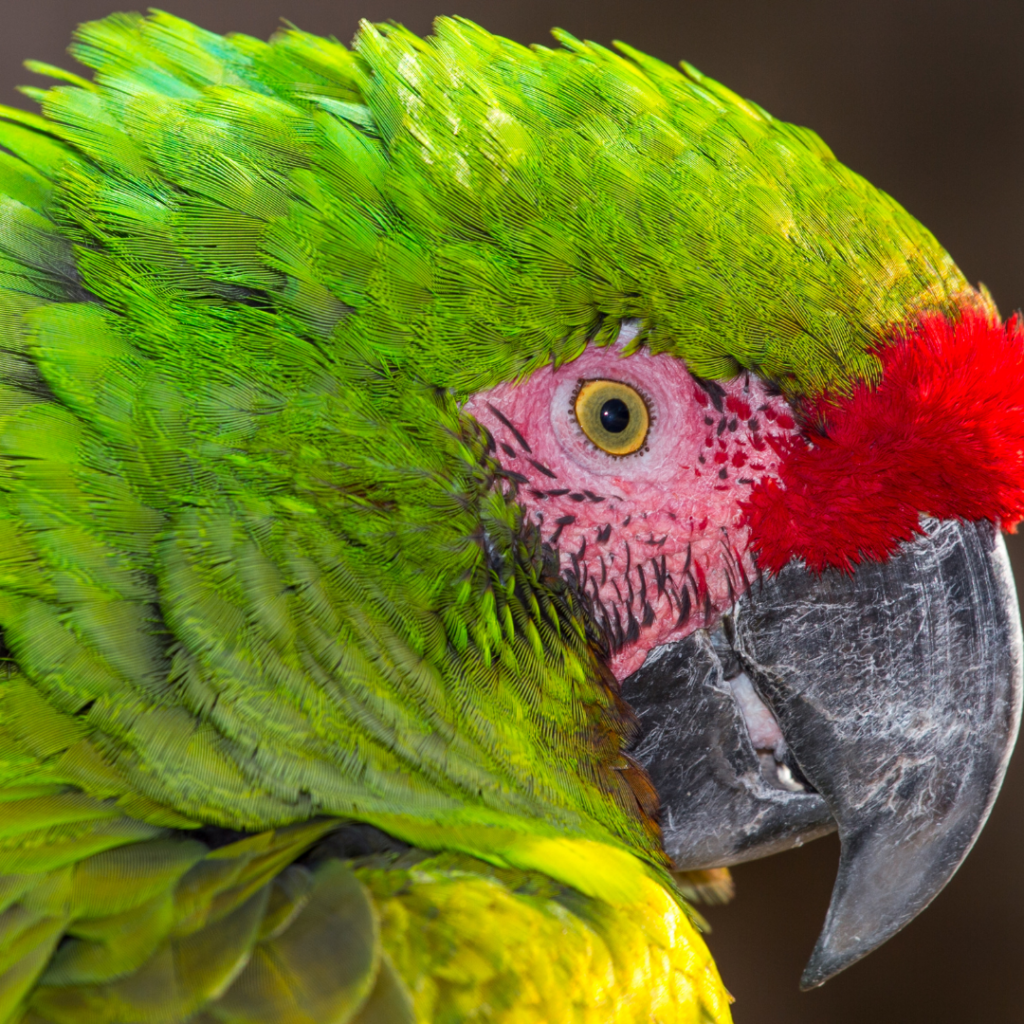 Besides being chatty and social, military macaws are large parrots that have a reputation for being pleasant, even-tempered pet birds. Ideally, if it is hand-fed from birth, it can form a strong bond with its owners. These curious birds look forward to interacting with its human “flock.”

Military macaws are native to Central America and South America. Their range generally extends from Mexico to Argentina. Unlike other parrots, military macaws tend to prefer arid lands over tropical rainforests. You can also find them in dry forests and in trees near the water. However, some of the South American flocks live in humid, lowland forests as well as canyons and foothills.

The military macaw is an easily tamed, good-natured bird. In the wild, they are rarely alone, living in pairs or flocks of 10 to 20 birds. In captivity, It is not unusual for this bird to prefer one person or even one gender. While they aren’t known for being especially affectionate, military macaws that have been appropriately handled and socialized might enjoy some cuddling and petting. These birds can get cranky at times. Macaws can get nippy if they’re not happy or well trained.