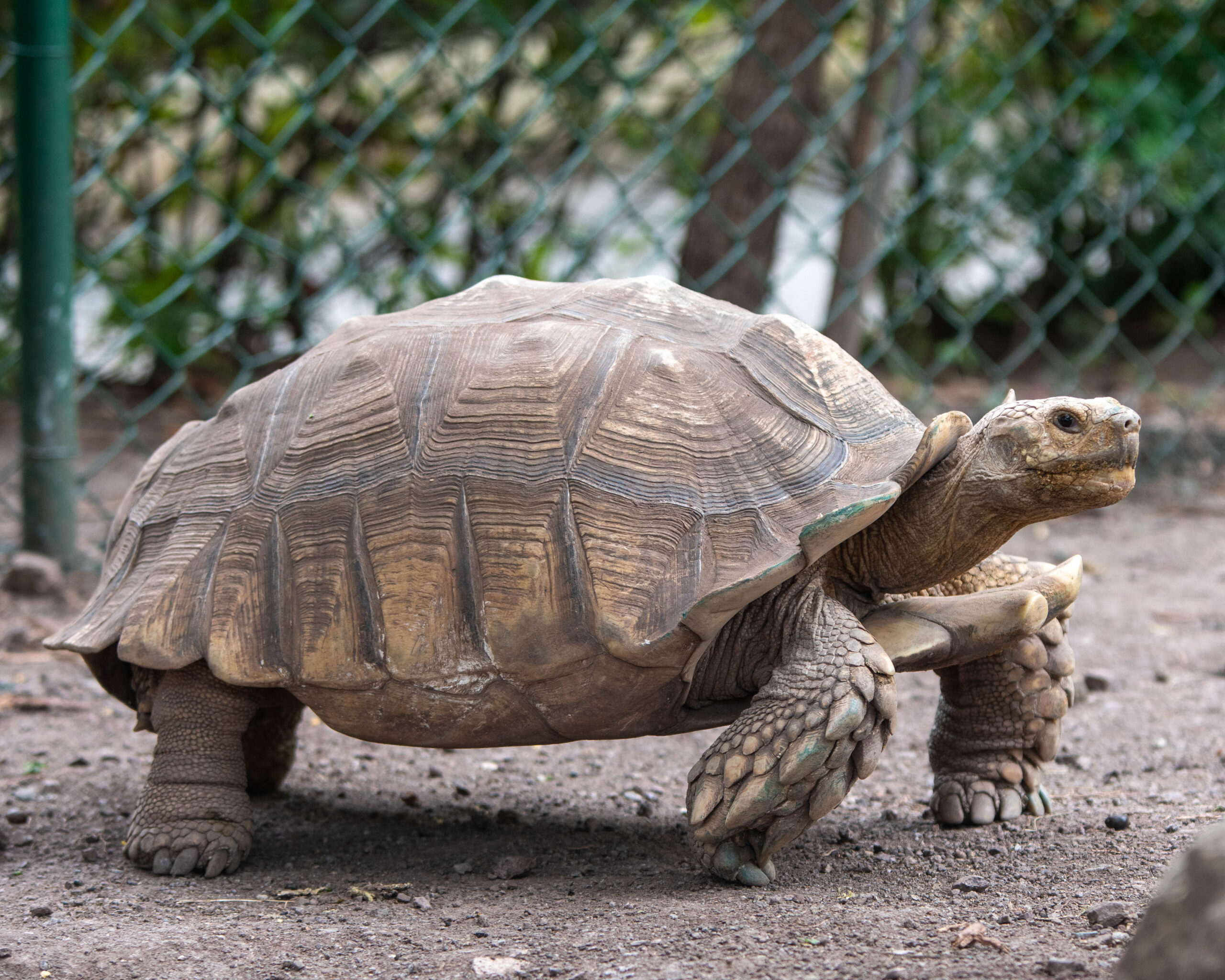 Primarily herbivores, African Spurred tortoises eat grasses, leaves, and woody plant stems. They occasionally indulge in small invertebrates and carrion, even eating the bodies of other dead tortoises. In captivity, African Spurred is known to consume fruits such as apples and bananas, as well as compressed vegetable pellets.

African Spurred tortoises are found both individually and in herds, which tend to gather mostly on open grasslands. They are most active in the mornings when they spend time browsing for food. They dig burrows or rest in swamps to keep cool during the heat of the day. 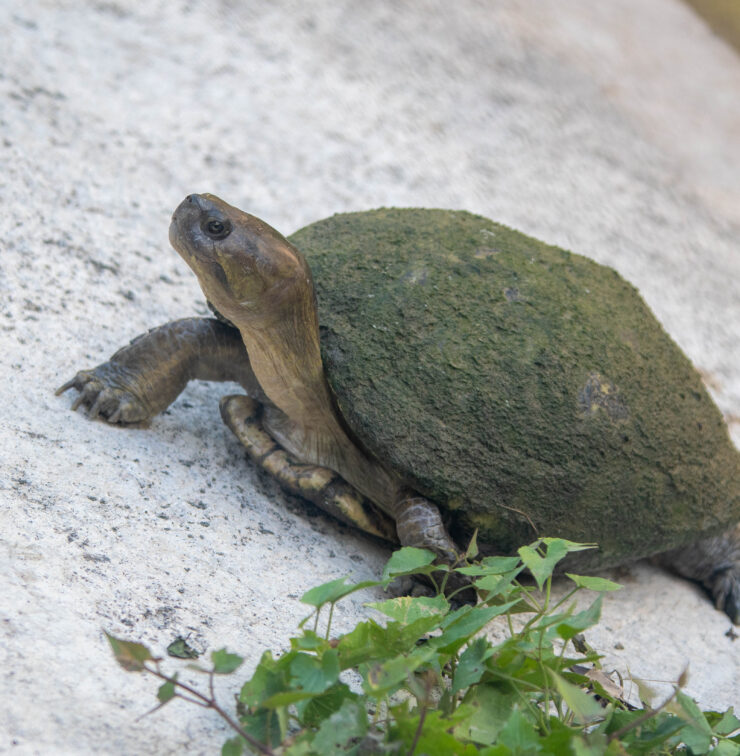 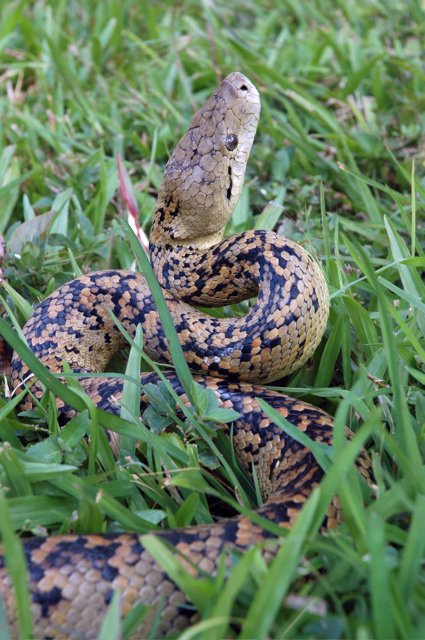